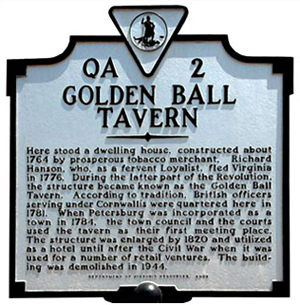 PETERSBURG, Va. (AP) – Historians found new clues about life in Colonial Petersburg from artifacts found during an archaeological dig on the site of the former Golden Ball Tavern on the corner of Old and Market streets in Old Towne.

“We’ve learned that this area was a lot more self-sustaining in the 1760s than we originally believed,” said archaeological expert Dr. Christopher Stevenson.

However, it remains unclear what will happen to the site once the most recent dig is finished. Archaeologists hope that the unearthed foundations of the tavern will be preserved for future generations.

The dig, which will continue through July 18, is the last of of three consecutive summers of this grant-funded project. In three years, Stevenson’s crew of roughly 20 archaeologists and local volunteers unearthed more than 36 cart loads of artifacts, numbering in the thousands.

One of the more significant finds is a piece of pottery which is engraved with the words “Success to the king of Prussia.” Stevenson calls this possibly the oldest verfied piece discovered underneath the former tavern.

“It was made to commemorate the Seven-Year War from 1754 to 1763 and was brought here by the British,” Stevenson said.

The Golden Ball was built in the 1760s by tobacco merchant Richard Hanson. British soldiers are known to have frequented it during the Revolutionary War, and later it served as the first Petersburg City Hall and courthouse. It was demolished in 1944.

Little is known about life in Petersburg before the birth of the republic, and the recent finds help to put the pieces of the puzzle together.

“For example, the pieces of pottery and the bones found in the are where the tavern’s kitchen once was help us understand how much Petersburg relied on shipments from England and how much was actually created here,” Stevenson said.

First interpretations of the find conclude that while the many pottery makers would later have shops all over the city, they did not yet exist in the area.

“The pottery still came from England via Williamsburg,” Stevenson said.

But the bones, he added, led to the conclusion that the people in Colonial Petersburg already farmed their own land.

“They were pretty independent in that respect,” he said.

At last year’s dig, historians focused on the back yard of the tavern site, where they found another foundation from the 1760s.

“This year, we’ve already exposed another large piece of this foundation,” Stevenson said. “It’s the same type of brick, which means that the artifacts that we find here are from the same period.”

The finds will be displayed at an exhibition at the Prince George Regional Heritage Center later this year.

But the fate of the tavern’s site has not yet been decided.

Stevenson said that while the site will not be redeveloped, it will take serious efforts to preserve it.

Even though there are no concrete plans, Stevenson said that the tavern could theoretically be rebuilt over the trenches.

“A replica would be possible, and it could serve as a museum,” he said.

The Golden Ball Tavern excavation is a collaborative project sponsored by the Prince George County Historical Society, Historic Petersburg Foundation Inc, Richard Bland College and the City of Petersburg, with funding from The Cameron Foundation.

Information from: The Progress-Index,

Copyright 2010 Associated Press. All rights reserved. This material may not be published, broadcast, rewritten, or redistributed. 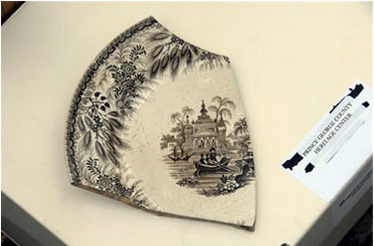 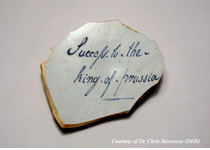 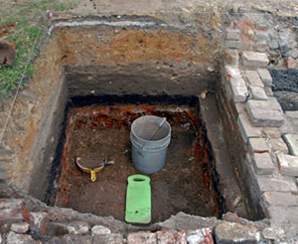 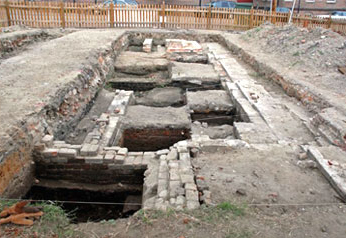 38.8% sells online on day 2 of Tavern on the Green auction