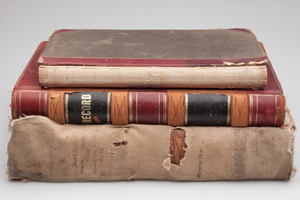 MOUNT CRAWFORD, Va. – The top-selling lots in Jeffrey S. Evans & Associates vataloged variety auction on Feb. 16 were all rarities, all from private collections and all were in great condition. These three elements made for aggressive bidding not only for these lots, but also for most others in the auction. LiveAuctioneers.com provided Internet live bidding.

Top price of the day was a collection of important Virginia Confederate veterans manuscript records contained in three volumes, for the Stonewall Jackson Camp #25, UCV# 469, located in Staunton, Va. The 870 pages in the three journals included extensive notes and records of member’s war services, resolutions, newspaper clippings, signed letters from Mrs. Jefferson Davis and Gen. Eppa Hunton. Famous members of Stonewall Jackson’s entourage who were affiliated with the camp include Maj. Jed Hotchkiss, Stonewall Jackson’s mapmaker; Dr. Hunter McGuire, chief surgeon of Stonewall Jackson’s Corps and the doctor who amputated Jackson’s arm in a vain attempt to save the general’s life; and Gen. John Echols. Estimated to realize $500-800, the colection [Lot 265] sold for $6,900 to a representative of a local historical group.

Two items from the collection of the late Veronica “Ronnie” Riefler Strathmann, Pittsburgh, Pa., also realized strong results. A wrought-iron Arts & Crafts candleholder by Samuel Yellin (1885-1940) with an open-spiral shaft raised on a circular pan-like base and three five-toed pad feet, stamped “SAMUEL YELLIN” under base, dating to the first half of the 20th century, realized $4,600 against an estimate of $800-1,200 [Lot 368]. A wonderfully detailed circa 1900 Victorian painted wood doll’s greenhouse with amazing details including accoutrements such as potted plants, flower pots, baskets, miniature animals, etc., sold for $2,990 [Lot 188]. It was discovered disassembled in the attic of the Strathmann home by Beverley Evans who immediately recognized its auction potential.

Another of the popular lots in the auction was also a toy, a massive German Elastolin play set of approximately 160 pieces. The Western set included a log cabin and fence, two canoes, a covered wagon, teepees, campfires and approximately 148 Native American and cowboy figures. Many of the larger pieces were marked Germany or U.S. Zone Germany. It was accompanied by five boxes and packing papers that appeared original. Dating to the second quarter 20th century and the property of an old Virginia family, the set [Lot 191] realized $2,645.

The auction included a 2,000-plus piece collection of souvenir spoons and silver flatware from the estate of Lillian Merchant of Cape Cod, Mass., which proved very popular with bidders. A lot of 11 spoons and forks [Lot 778] having Western American themes featured ornate figural handles including miners, cowboys and cowgirls and nude figures sold for $1,150.

“Fresh estate merchandise with no reserves and low estimates is drawing strong interest and selling for very respectable prices,” said Jeffrey S. Evans. “This is the largest number of registered bidders that we have had for an auction since the economic downturn. It certainly demonstrates that buyers are coming back into the market and are enticed by the great values available today compared to prices five or six years ago. That renewed interest and energy is a good predictor of an upswing in the antiques and collectibles markets in the coming year.”

Click here to view the fully illustrated catalog for this sale, complete with prices realized. 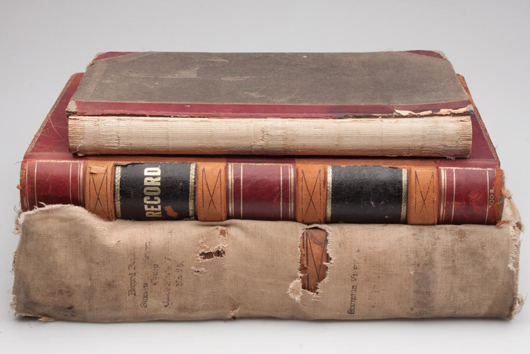 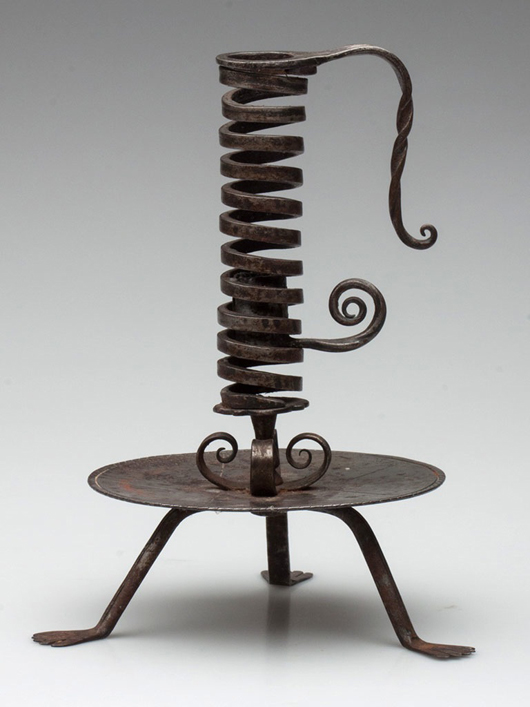 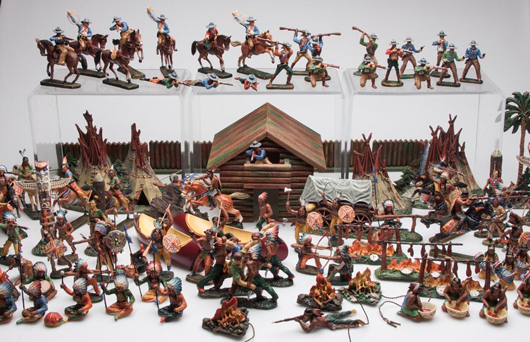 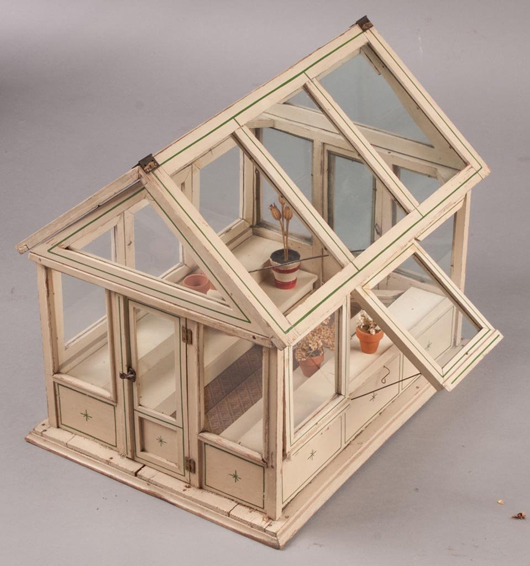 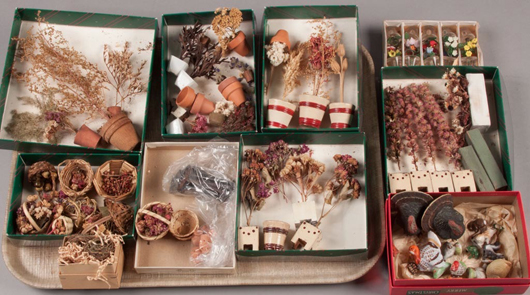 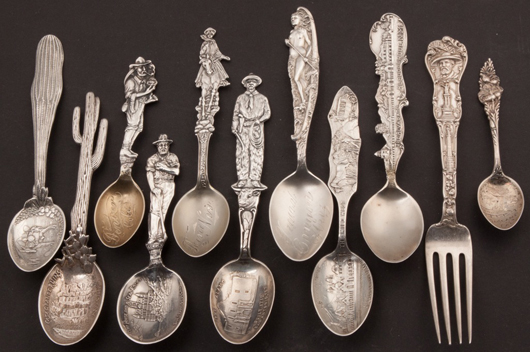