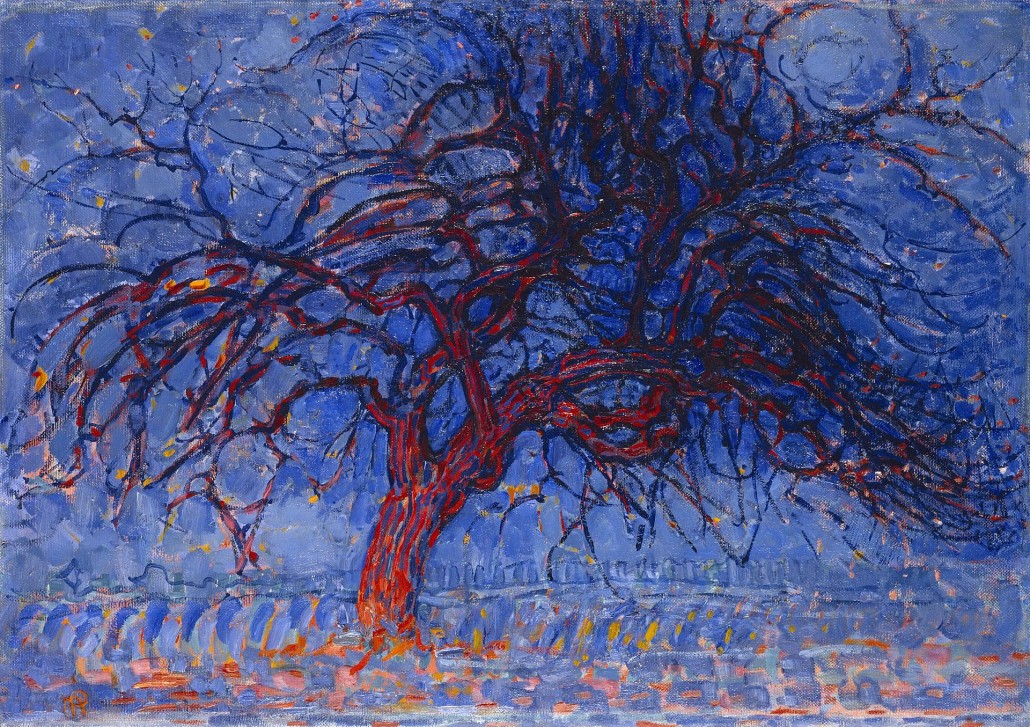 About 50 works from the Gemeentemuseum Den Haag in the Netherlands are presented in chronological order to trace Mondrian’s path from an art student at the Imperial Academy of Fine Arts in Amsterdam in the late 19th century to his rise to one of the most important artists of classical modernism.

The exhibition “Piet Mondrian. The Line,” which opened Friday at the city’s Martin-Gropius-Bau museum, provides an insight into Mondrian’s quest to become an abstract painter by experimenting with, and developing, different styles and techniques.

“When you walk through this show, Mondrian’s evolution to abstraction seems almost logical,” Benno Tempel, the director of the Gemeentemuseum, told reporters at the news conference on Thursday.

Mondrian was born in the Dutch city of Amersfoort in 1872. He began experimenting with different styles at the turn of the century, initially integrating impressionist and expressionist influences in his art. After he moved to Paris in 1902, he began transforming natural motifs into abstract geometric compositions using black and gray lines as vertical and horizontal elements.

In his Composition in Oval with Color Planes 2, an oil-on-canvas painting from 1914, the artist uses soft pastel colors filling out a labyrinth of black lines, which is held together by an oval shape on a gray background.

Among the most famous works presented in Berlin is his strictly geometric Composition with Red, Black, Yellow, Blue and Gray, which in many different varieties can still nowadays be found reflected in pop culture, fashion and architecture.

Mondrian achieved widespread popularity, with exhibits in the 1920s and 1930s in Amsterdam, Stockholm, Paris, Berlin, Vienna and New York.

In 1938 – one year before the outbreak of World War II in Europe – the artist moved to London before relocating to New York two years later.

In the last days of his life, Mondrian brightened up his abstract works by using primary colors in a mosaic style. He died in 1944 in New York of pneumonia.

“Art liberates the spirit,” Tempel said. “Mondrian shows how important it is to keep evolving and how much courage is needed to follow that development.”