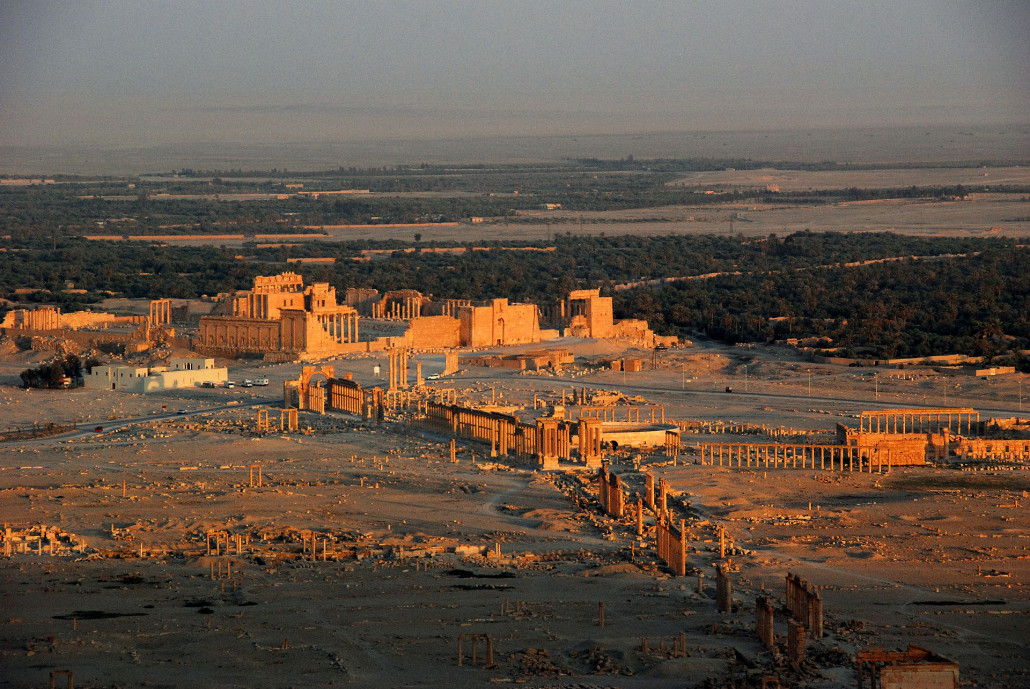 JERUSALEM (AP) – A reserve colonel in the U.S. Marine Corps who led an international hunt for looted antiquities from Iraq a decade ago said Wednesday that the West needs to deploy forces to protect Mideast archaeological sites from extremists like the Islamic State group.

Col. Matthew Bogdanos, who led the investigation into the 2003 looting of the Iraqi National Museum in Baghdad, told The Associated Press that Western forces should also train locals to take over protecting the sites. He criticized the United Nations and NATO for not having done enough to protect sites like the ancient Syrian city of Palmyra.

“Of course there is risk,” he wrote in a paper he’ll present Thursday at the annual City of David Archaeological Conference in Jerusalem. “But the risks of the failure to act are much worse: more money for the terrorists and the loss of these extraordinary testaments to our common beginnings.”

The Islamic State extremist group, which holds about a third of Iraq and Syria, claims ancient relics it destroys promote idolatry. But it is also believed to be selling off looted antiquities to fund its terror campaign.

Bogdanos said he has testified before UNESCO, Interpol, and other organizations about al-Qaida’s use of antiquities to fund terrorism, but no one took him seriously until the rise of the Islamic State group.
Bogdanos now investigates antiquities crimes in New York as an assistant district attorney in Manhattan.

The Elad Foundation is sponsoring the conference. It funds archaeological digs of ancient Jerusalem in a part of the city the Palestinians claim for their hoped-for state. The foundation has come under criticism for purchasing Arab homes near excavated areas and helping Jews move in, sometimes under heavy guard.
___

A. Alfred Taubman’s landmark art collection to be sold at auction